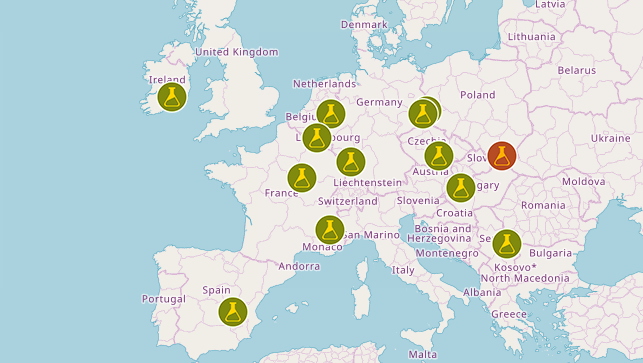 Universidad Nacional de Educación a Distancia has joined forces with 12 other institutions across Europe for a research project that aims to aid new approaches to the study of literature in the digital age.

The project is being supported with €5 million funding from the European Commission.

Salvador Ros said: “This project is a great opportunity to joint efforts with our pattern institutions and contribute from our Institutions to build the future of CLS infrastructure”

The overall aim of CLS INFRA is to open up the best data mining resources Europe has to offer in the growing field of Computational Literary Studies,which enables a big-data approach to the study of culture.

For instance, it can help scholars to detect patterns which show what literary genres were prevalent at certain times; if and how gender manifests in the language of writers; whether the movement of literary style can be mapped across time and space

The CLS INFRA project will identify and map the specific requirements of researchers who wish to study literature using technology and AI. Partners in the 13 institutions will bring together existing resources as well as develop new tools, services and literary collections.

Support services and training will be provided to researchers who are new to the use of computers and AI for literary study.Scholars from under-represented regions and languages,as well as independent and citizen scholars, will also be supported

Dr Maciej Eder, Director of the Institute of Polish Language at the Polish Academy of Sciences and Principal Investigator of CLS INFRA, said: “This is a very exciting project which promises to make great advances in how we use computers to study literature.

«One of the great challenges to Computational Literary Studies is that thelandscape of digital literary sources is very fragmented, as scholars and readers struggle to find texts that are made accessible and reusable in standardised ways. CLS INFRA will address this deficit in a way that will allow the field to flourish.»

This website uses cookies to improve your experience while you navigate through the website. Out of these cookies, the cookies that are categorized as necessary are stored on your browser as they are essential for the working of basic functionalities of the website. We also use third-party cookies that help us analyze and understand how you use this website. These cookies will be stored in your browser only with your consent. You also have the option to opt-out of these cookies. But opting out of some of these cookies may have an effect on your browsing experience.
Necessary Siempre activado
Necessary cookies are absolutely essential for the website to function properly. This category only includes cookies that ensures basic functionalities and security features of the website. These cookies do not store any personal information.
Non-necessary
Any cookies that may not be particularly necessary for the website to function and is used specifically to collect user personal data via analytics, ads, other embedded contents are termed as non-necessary cookies. It is mandatory to procure user consent prior to running these cookies on your website.
GUARDAR Y ACEPTAR